Exhibited at the Fireworks Conference

Roll up, roll up for The Fleapit. The cinema that can travel.  Small enough to fit in a suitcase, this tiny interactive cinema can be controlled by your smartphone, inviting you to become a projectionist: dim the lights, open the curtains and play the movies. 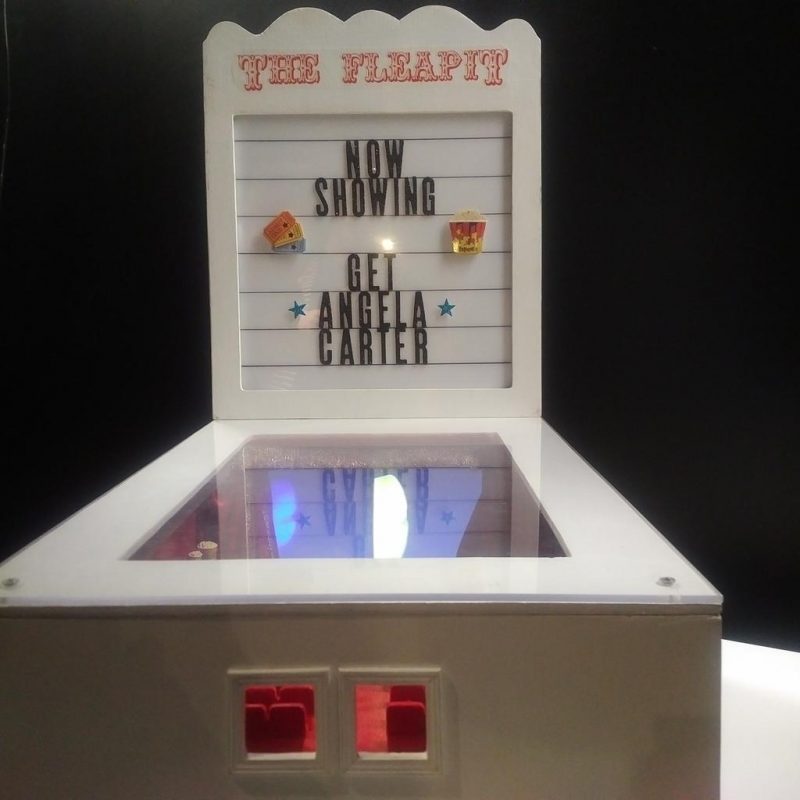 By inviting you to play projectionist, The Fleapit asks you to acknowledge the invisible labour of production that goes on behind the scenes, in the projection booth. As you peer in through the projection booth windows, you might also be reminded of the peep show in The Infernal Desire Machines of Doctor Hoffman or the peep hole through which Finn spies on Melanie in The Magic Toyshop, foregrounding the act of looking so often examined in Angela Carter’s writing. 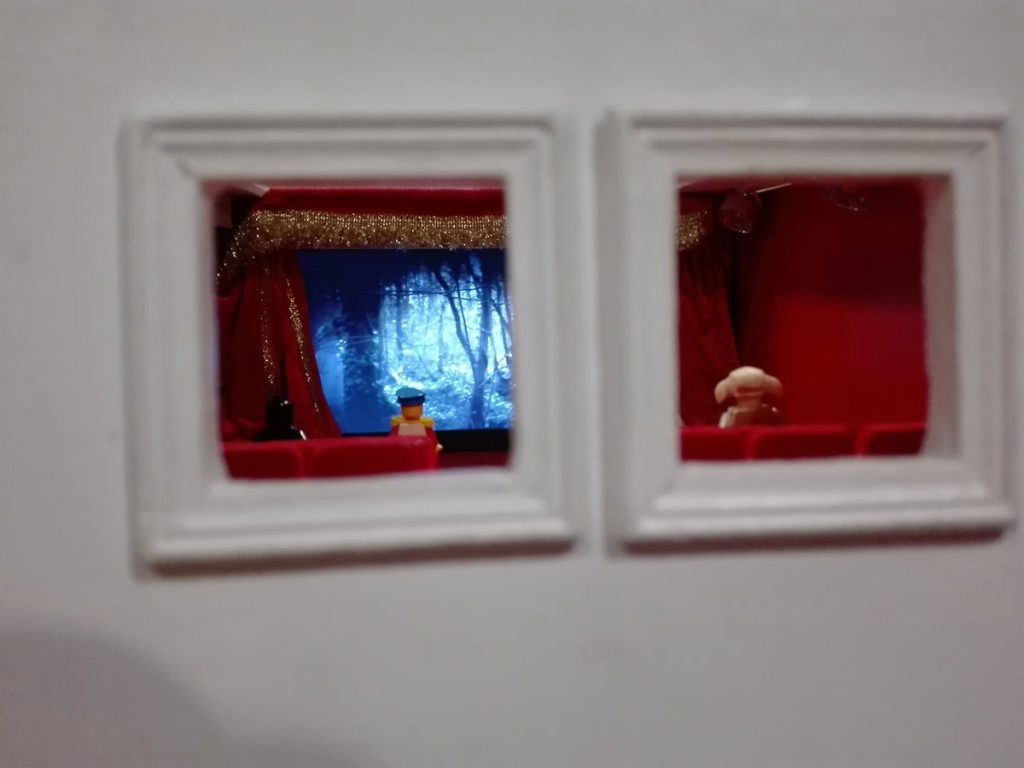 Creative Producer Charlotte Crofts’ artistic practice – which explores movie-going and the cinematic apparatus – was inspired by Angela Carter’s final piece of writing about The Tooting Granada “that apotheosis of the fake” in which she explores the tension between artifice and the real. Carter’s cinematic experiences there and, later, at the NFT and Bristol’s very own Whiteladies Picture House (also the cinema of Crofts’ childhood), inform her sensibility as a writer. Crofts will be reading The Tooting Granda on Saturday 21 January 12pm at RWA.

Programmed with micro movies that explore Angela Carter’s cinematic influences and the influence of her visual imagination, The Fleapit seeks to draw attention to the hidden mechanisms though which our viewing pleasure and suspension of disbelief are secured – much like Carter’s literary technique that walks a tightrope between revelling in artifice whilst simultaneously revealing its construction. 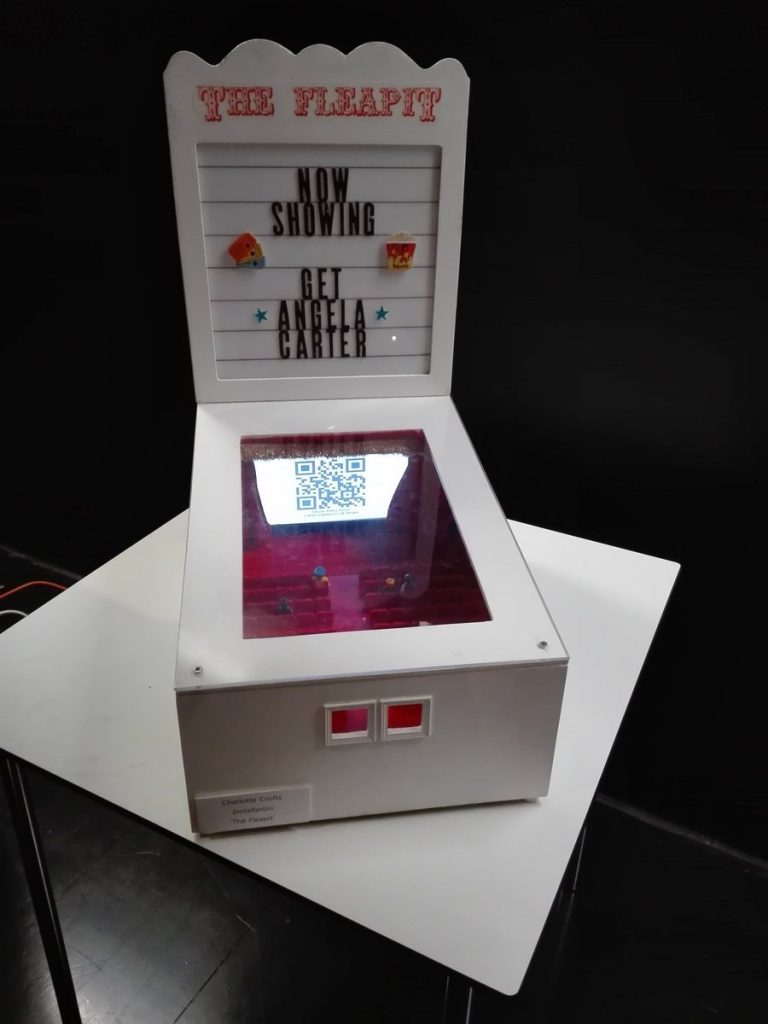 The Fleapit was exhibited in the Dark Studio at Arnolfini during the Fireworks: The Visual Imagination of Angela Carter Conference, featuring films submitted to the conference call for moving images, works from John Ellis of Large Door Productions, including The Holy Family Album and adverts and idents from Pearl and Dean:

Submitted to the conference call for Moving Images:

Stina and the Wolf by Paul Charisse

The Erl-King by Layla Holzer

Visions – The Company of Wolves 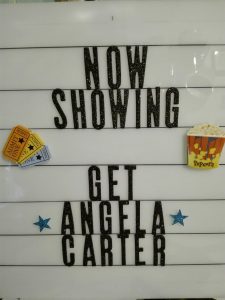 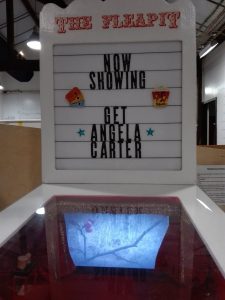 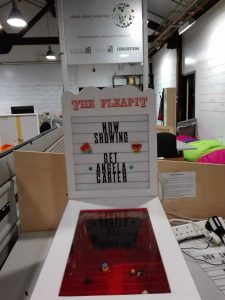 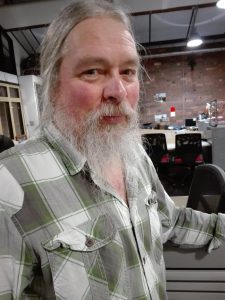 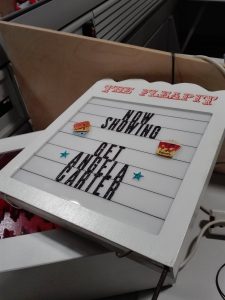 The cinema is programmable with any digital moving image content  – ideal for touring film festivals and exhibitions around the world; for more information please email.

STRANGE REWRITINGS AT THE RWA